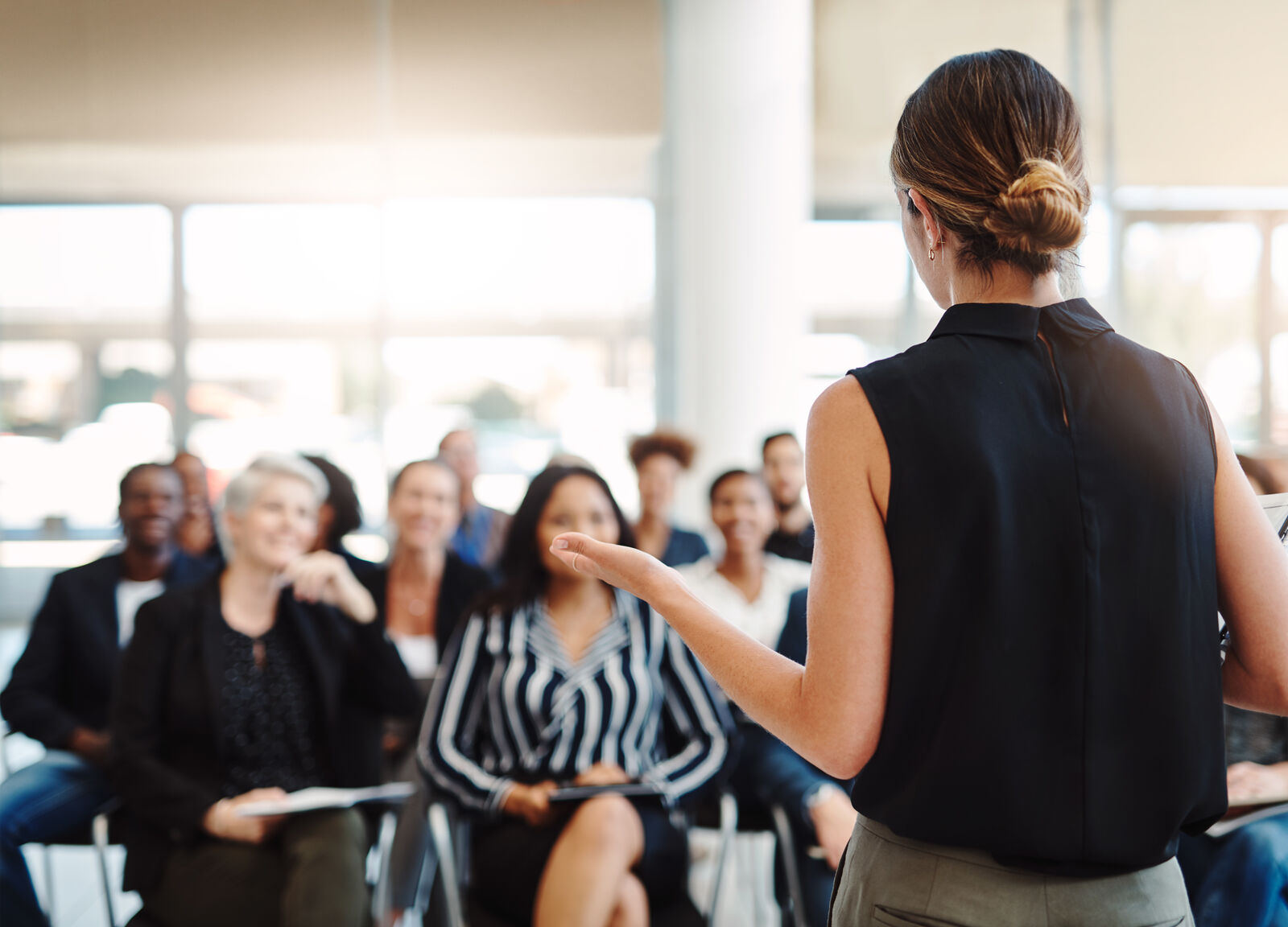 Our board are passionate and committed individuals from different cultural and professional backgrounds determined to put a full stop to sexual, domestic and family violence.

The board of Full Stop Australia seeks to build a collective sense of purpose and direction to enable our organisation to identify and meet its philosophy, goals and priorities.

In doing this the board draws on the diversity of the community it serves and seeks members who have the skills needed to provide effective governance.

Members of the current board are passionate and committed individuals from different cultural and professional backgrounds.

Dr Kate Gleeson is an Associate Professor in Law at Macquarie University with specialist expertise in civil and criminal justice for sexual violence. She is one author of Child Sexual Abuse Reported by Adult Survivors. Legal Responses in England and Wales, Ireland and Australia (Routledge 2022). Kate holds a PhD in Politics and International Relations from UNSW and has previously served as an executive member of the Australian Political Studies Association. Kate’s professional background includes diverse roles in industrial relations, gender equality policy and child protection. Along with her two decades of experience teaching about gender, sexual politics and law in university classrooms, Kate has conducted workplace training in Australia, South East Asia and the Pacific.

Georgie Smart is a financial, business and accounting professional who started out her career in the early childhood and community development sectors. Holding both a master’s in professional accounting and an MBA,

Georgie is a member of the Institute of Public Accountants and is currently running her own business that supports the finance and governance functions for various NFP services and small, community focused businesses.

Along with professional financial regulation, Georgie is passionate about demystifying money and uses her skills to educate and empower individuals and organisations about money and finance.

As a social justice advocate, she firmly believes that community-based enterprises with strong governance and strategy are essential in our society to support those who have somehow slipped through the cracks and need to again become part of the community embrace.

“With strong liaison between funding bodies and services providers, like Full Stop Australia, social advantage can become a strong base platform for many more people across many types of communities," she says.

Vijaya Nagarajan works in the areas of gender equality, corporate governance, and commercial regulation. As a consultant, Vijaya has worked in several Pacific countries focussed on gender equity and women’s economic empowerment. Her contribution includes implementing pilot programs involving women in the private sector in Solomon Islands, designing participation processes that allow women’s voices in PNG, policy recommendations on closing the gap between women and men’s access to superannuation benefits across the Pacific region. Her analysis has informed policy development, as illustrated by the publication of Women and business in the pacific.

Vijaya has been an academic for over three decades. As Professor in the Law School at Macquarie University she served in several leadership positions including Acting Dean and is the recipient of numerous awards including a University Teaching Award. Her research, publications and teaching have been in the areas of corporation governance and competition regulation. She continues her affiliation with Macquarie University as Emeritus Professor and her current research looks at how businesses address climate change risk.

Vijaya brings her knowledge of governance and passion for gender justice to this role with Full Stop Australia.

Having a long history of working in the women’s health sector Gail can contribute to effective governance through expertise, qualifications in management, community management, Human Resource management and knowledge of the sector issues and challenges.

Gail has Board experience at Women’s Health NSW and also at a rural organisation. Gail works in a feminist philosophy within a trauma informed framework and ensures women have contact details for Full Stop Australia to allow access to trauma informed services 24/7.

This therefore addresses gaps in services in a rural setting including out of hours access. This support is an important aspect of the framework of Full Stop Australia as it progresses into the future and confirms the necessity for services to work together.

Nikita Knapp is a Child Protection Case Worker in a Family Support Service. Nikita graduated from The University of Sydney in 2018 with a Bachelor of Social Work and Arts majoring in Gender Studies.

Nikita is passionate about working against gender inequalities and empowering women and children to re-establish safety and security after experiencing violence.

Meg Clement-Couzner (she/they) is a social policy expert in disability and gender-based violence.

Meg is Assistant Director with the Royal Commission into Violence, Abuse, Neglect and Exploitation of People with Disability, leading policy work on domestic, family and sexual violence, reproductive rights and LGBTIQ+ issues. She has served as a board member for the last two years.

Meg is a member of the LGBTIQA+ and disability communities. She previously worked at People With Disability Australia, focusing on violence against people with disability and the NDIS. She holds a PhD in gender studies and political economy.

Meg lives and works on Gadigal land. She is committed to the full inclusion of First Nations people, people with disability, culturally and linguistically diverse and LGBTIQ+ people in our advocacy and services.

As a feminist, Helen is passionate about addressing the causes of gender based violence, with a career that extends over 30 years in the area of addressing violence against women and children. Currently, Chief Executive Officer of The Sexual Assault and Family Violence Centre in Victoria, Helen has extensive leadership experience in the specialist family violence and sexual assault sectors. Helen has held executive positions in the not-for-profit sector and also senior positions within State Government incorporating family violence, service system reform, cross government initiatives and policy development.

Helen is an active member of the LGBTIQ community and passionate about gender quality, primary prevention of violence against women and children, human rights and social justice.

Her career has resulted in significant organisational transformation and growth, a focus on client outcomes and operating in multidisciplinary and co-located models of collaboration for enhanced responses and better service system coordination.

Dr Ellie Freedman is the medical director of Northern Sydney Sexual Assault Service (NSSAS) and the medical forensic staff specialist at the NSW Education Centre against Violence (ECAV). She has a clinical background working in women’s health and sexual health services for over 20 years.

Ellie has extensive clinical experience in the VAN (violence abuse and neglect) sector in NSW, working with adult and adolescent survivors of sexual assault and domestic violence. She works in a state-wide role providing training, workforce and clinical advice to VAN clinical services, and has published several peer reviewed articles on primary care management of sexual assault and domestic violence.

Ellie’s work in the VAN sector focusses on bringing the patient voice to health systems and services. She is currently engaged in the development of a new NSW Health domestic and family violence crisis response service model, which aims to provide integrated counselling, medical and forensic crisis services accessible to victim-survivors of domestic and family violence wherever they access the NSW Health system. The project is focused on partnering with victim-survivors and ensuring a holistic approach to meeting health, safety and justice needs, and will include updated counselling, medical and forensic clinical guidance for NSW Health staff.

Dr Neeraja Sanmuhanathan is a Senior Sexual Assault Counsellor at Royal Prince Alfred Hospital providing trauma and violence informed counselling support to those impacted by sexual violence. In this role, she also provides specialist support to University of Sydney students as part of the Safer Communities project in partnership with NSW Health. Neeraja completed her PhD thesis at the University of Sydney exploring Post Traumatic Stress Disorder (PTSD) and intergenerational trauma. She is also a sessional lecturer within the Master of Counselling program at the University of Notre Dame.

Neeraja is passionate about human rights including the right to live free from violence. Neeraja has advocated for better understanding of the complexities surrounding sexual assault disclosures including authoring an article on The Conversation which was republished on ABC (https://theconversation.com/im-a-sexual-assault-counsellor-heres-why-its-so-hard-for-survivors-to-come-forward-and-what-happens-when-they-do-156038). She is currently collaborating on a research project between Sydney Local Health District and UTS Centre for Social Justice and Inclusion exploring barriers to disclosures.

In her previous role, Neeraja worked at STARTTS (NSW Service for the Treatment and Rehabilitation of Torture and Trauma Survivors) providing psychological support to asylum seekers. This role allowed her to better understand the intersection of gender inequality, structural inequality, and migration in women’s experiences of violence. Identifying as an Australian Tamil, Neeraja believes there is a need to create culturally safe and community centred projects to address gender based violence in our communities.

Christine Robinson is a Bundjalung woman and coordinator of Wirringa Baiya Aboriginal Women’s Centre, working in areas of sexual assault, and domestic and family violence for over thirty years. Having worked at Elsie Women’s Refuge throughout the 1990s, Christine has a passion for providing services for women and children who have experienced domestic and family violence. With lived experience of family violence herself, Christine’s advocacy is centred around self-determination and ensuring Aboriginal women get a voice in creating change within communities.

Believing that change starts with a few people coming and standing up together, Christine is strongly passionate about the power of Aboriginal women in driving action and change against domestic and family violence. Christine’s personal and professional experiences drive her to continue advocating and working towards creating a strong change for victim-survivors which pays special attention to the needs of women and children who are impacted by additional socio-economic barriers.

Charity Danquah is senior project officer at the NSW Department of Communities and Justice. Charity has worked in diverse roles providing advisory, training and policy analysis in the areas of domestic and family violence, sexual assault, and sexual misconduct. Charity has worked in caseworker roles supporting immigrant and refugee women experiencing domestic and family violence.

Charity also has extensive experience within the trade union movement organising and advocating on behalf of a variety of workers in the private and public sectors.

Charity has an Arts/Science degree from UNSW.

As the Director of the NSW Office for Women (Women NSW) in 2016-2017, Natasha led the NSW Government response to domestic and family violence under the NSW Blueprint for Reform.

From 2011-2014 was seconded to the Commission’s Review into the Treatment of Women in the Australian Defence Force as Executive Officer. The Review was a wide-ranging examination of systemic barrier to women’s participation in senior leadership roles in the ADF as well as incidence of sex discrimination and sexual abuse.